0
Read Time:58 Second
Batley Bulldogs are thrilled to announce the signing of exciting young French player Louis Jouffret who, thanks to the support of BISSA, joins The Bulldogs until the end of the season.
Having played his youth Rugby league with Avignon and Barbentane, Louis then moved to the Warrington U19 Academy.
He returned to France to play in the French Elite with the Catalans’ reserve team before a spell at Whitehaven in Championship in 2015.
After this he was back in Perpignan for 2 French Elite seasons, including a loan to Toulouse in the Championship last season. Turning 23 years old in August, Louis is a half back who can also play fullback and he has a strong kicking game.
He represented France at U16 and U19 levels and excited by the opportunity to join the Batley Bulldogs.
BISSA continue to support the players on the field by raising monies via Monthly membership, Yearly donations, and fundraising via various means. If you aren’t a member please consider joining, as over the last 13yrs, BISSA have supported over 130 players who have helped the club progress and improve on the field.
Welcome to Batley Louis!!
Facebook
Twitter
Pinterest
LinkedIn 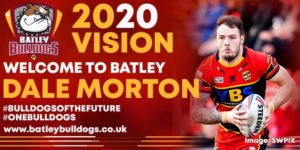 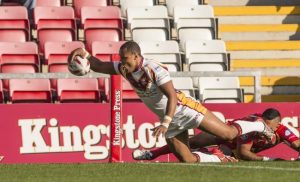